Week 14 could be the make-or-break point for the AFC North. The Cleveland Browns will host the Baltimore Ravens this weekend. Most sportsbooks currently list the Browns as 2.5- or 3-point favorites over the Ravens.  The Browns are coming off of a bye week during which they hoped to get healthy. Weeks have gone by […]

Two of the NFL’s most athletic quarterbacks clash Sunday as the Baltimore Ravens go to Chicago. Former MVP Lamar Jackson travels to the Windy City to face Bears rookie QB Justin Fields. The Ravens are looking to right the ship after putting up 10 points on Thursday against the Miami Dolphins. The betting odds at […] 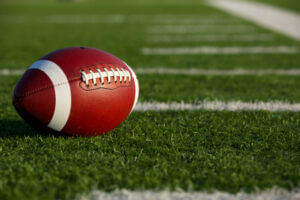 Football fans and gambling fans alike have longed for this day. A day where they can get excited about football season and the matchups.  Well, today is that day. Week 1 of the NFL season is rapidly approaching and betting lines are being released.  NFL Prop bets are some of the most popular bets that […]