Considering the weaknesses in the NFC East, Washington should be in a position to repeat as division winners. There’s plenty of upside in young talent on both sides of the ball with defensive end Chase Young and running back Antonio Gibson entering their second year. Is there any value in taking some season-long props for the Football Team?

Here is a glance at some of the notable season prop considerations for Washington through DraftKings Sportsbook.

Washington has settled for Fitzpatrick to get their offensive passing attack straightened out. The veteran certainly has the experience and can adapt to a variety of offensive schemes. One thing he does tend to lack is consistency, but things can’t get much crazier than having four quarterbacks in rotation a season ago.

Getting over 23 touchdown passes seems a bit high for a quarterback going into his 17th season. That mark has only been hit once since 2014 — 31 touchdowns in all 16 games as the starter for the New York Jets. He hasn’t made it through a full season since. Washington could be slower in tempo and look to rely on their stronger defense at times.

McLaurin was the only real productive receiver for Washington with 87 catches for over 1,118 yards. This year, the receiver is a bit tricky to evaluate as he sees a new quarterback under center. There’s also the addition of Curtis Samuel, who was a staple of the Carolina offense for the last four seasons.

Washington should expect to see a volume rise in targets with a better and reliable signal-caller in Fitzpatrick. However, there are too many options to consider in the air. The favorite prop is getting under 86.5 receptions. It’s also worth considering the under in reception yards.

Running Back And Defensive Positions for Washington

The running back became a go-to on the ground game as J.D. McKissic was used more as a dual-threat. Gibson was able to hit over 1,000 yards on the ground and in the air. As expected for a rookie, results were inconsistent outside of bashing Dallas for over 100 rushing yards in both meetings.

However, outside of nearing the century mark against a bad Cincinnati team, Gibson had sporadic results. Some of this is based on a below-average offensive line which still has plenty of question marks. It may be a grind for the back to break through the 1,000-yard mark.

Last year, the rookie from Ohio State didn’t disappoint in his debut on the defensive line. He was an anchor for the most dominant unit of the team. He recorded 7.5 sacks and 4 forced fumbles across 15 games.

It’s no surprise to see Young’s prop for sacks land at one higher than his total from a season ago. There’s a chance he could play in all 17 games for WFT and he’ll only improve as he gets older. One of the best team-based props on the board is taking the over on Young’s sacks. 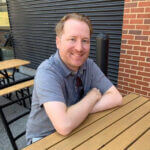 Brian Spaen is an editor and contributor for Gaming Today. He has been a content writer and editor in various industries, including sports betting, environmental technology, and higher education. Brian is a graduate of Iowa State University and currently resides in Des Moines, Iowa. He’s an NFL and MLB fan.
Copyright © 2023 . All rights reserved. About Us / Contact | Privacy Policy | VA Sports Betting Revenue