Sunday’s game between the Pittsburgh Steelers and Baltimore Ravens already has some historical significance. It will be the 30th time Mike Tomlin and John Harbaugh have faced off and just the third time in league history two head coaches have met 30+ times.

Tomlin has the edge in the series, 15-14, but his team heads into this game as a 4- or 4.5-point underdog depending on which sportsbook you use. Here are the rest of the betting odds for Sunday’s game in Pittsburgh.

At this point in the season, the elite teams are starting to separate themselves as they begin to play their best football. However, while they are 8-3 and would be the No. 1 seed in the AFC if the playoffs started this weekend, it is hard to call the Ravens one of the league’s elite teams.

Last week, the defense had a solid outing against a banged-up Cleveland Browns team, but the unit still ranks dead last against the pass. While the Ravens are the second-best team against the run, is partly due to teams throwing so much.

While the Ravens may give up a lot of yards, they do not give up too many points — 21.8 per game, which ranks ninth in the league.

As for the offense, last week’s four-interception performance was the exception to the rule for quarterback Lamar Jackson. Turnovers are not typically the issue for the Ravens on offense — their slow starts are. The Ravens have scored 30 points combined in 11 first quarters this season and have not recorded a first-quarter touchdown in the last five games.

While the offense struggles to get on track, it eventually does. Baltimore has won the time-of-possession battle in every game but two this season despite its first-quarter struggles. The Ravens have overcome double-digit deficits in the second half in four games.

It helps that the run game is still one of the best in the league even though the Ravens lost their top two running backs to season-ending injuries before the season began. They rank second in the NFL with 150.7 rushing yards per game.

If the Steelers are going to make a move in the division, they will need to do so sooner rather than later. However, it may be hard to do Sunday on their home field. There is a good chance they will not have one of the team’s best players available — DE T.J. Watt.

Watt entered the league’s Covid protocols on Monday, but it is not clear if it is because of contact tracing or a positive test. His vaccination status is unknown, but if he is vaccinated and did not test positive for Covid, there is a chance he could get cleared by Sunday.

Injuries have dogged Watt for most of the season, forcing him to miss two games already. Last week saw him return to the lineup after sitting out a week due to injuries suffered against the Lions. Despite his return, the defense struggled against the Bengals and gave up 41 points for the second game in a row.

The defense will undoubtedly get tested by the Ravens, but the biggest issue facing the offense may not be the Ravens’ defense. It may be the Pittsburgh defense itself.

Steelers QB Ben Roethlisberger has not been playing poorly, but he has not been playing up to the standard fans have come to expect. The young offensive line struggled to start the year but has gotten better. While RB Najee Harris has had a few solid games, the rushing attack is still one of the worst in the NFL with 87 rushing yards per game.

Neither team is playing well. The Steelers have lost two in a row and are winless in their last three if you count the tie against the winless Lions. The Ravens have not brought their ‘A’ game in a while, either. The defense stepped up against the Browns, but the offense was lacking. Not having Jackson available certainly impacted the game against the Bears. Then there’s the Ravens’ pitiful performance against the Miami Dolphins.

For the Steelers to win, they may need Jackson to have another tough day and for Roethlisberger to play like the future Hall of Famer he is. 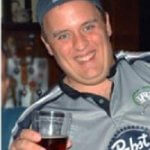 Travis Pulver is a lifelong football fan, something he says comes naturally having been born in the football-crazy state of Texas. Through the years, his love of sports has extended into baseball, basketball, golf, and rugby. Life currently finds him in Indiana with his wife and two kids.
Copyright © 2023 . All rights reserved. About Us / Contact | Privacy Policy | VA Sports Betting Revenue