Odds for Super Bowl LVI were posted at many sportsbooks before Super Bowl LV even took place. Oddsmakers calculate the opening odds based on the available and relevant information. But those odds are bound to change throughout the offseason as teams find ways to improve their rosters.

Of course, in some cases, rosters get worse and odds become higher. As the season progresses, oddsmakers adjust the odds as the true championship contenders begin to reveal themselves and separate from the pack.

With how the Browns played in their first season under Kevin Stefanski, it is not shocking there is some excitement surrounding the team—especially considering the fight they gave the Chiefs in the playoffs. By stealing two defensive backs from the Rams to shore up their secondary, along with other additions, they appear better suited to compete with the elite teams in 2021—hence their odds improving by 900 points (+2500 to +1600).

With their defense, the Rams certainly have Super Bowl potential. But they needed to do something about their offense—and they did. By trading Jared Goff to the Detroit Lions in exchange for Matthew Stafford, the perception of their offense changed overnight. Their odds went from +2000 to +1000, but the excitement has since abated and their odds have slipped back to +1200.

Prior to Super Bowl LV, there was some underlying confidence in the Buccaneers—which, of course, changed after they dominated the Chiefs in the Big Game. With every starter from that Super Bowl team coming back, it is not surprising their odds have moved up 550 points from +1200 to +650.

As the champion of the worst division in the NFL in 2020, the Washington Football Team did not warrant any respect from oddsmakers in the opening odds (+6500). But since then, with the perception that Ryan Fitzpatrick could be good enough to lead the offense, their odds have taken a 1500-point jump to +5000. Basically, they are still a long shot, but a less historic one if they actually manage to win Super Bowl LVI.

It should come as no surprise as to why the odds for the Saints have fallen— quarterback Drew Brees retired. The team still has a solid roster but going from a perennial MVP-candidate in Brees to either Jameis Winston or Taysom Hill is enough for their odds to go from +1800 to +4000.

How is it that a team with no discernable roster losses has managed to see their odds go from +1800 to +2500? Because reigning MVP, Aaron Rodgers, has made it clear that he wants out and has no desire to ever play for the Packers again. Trade speculation caused the odds to rise, but there has been no indication that the Packers will comply with his trade requests or that Rodgers will sit out.

Like the Packers, the dip in the Seahawks’ odds (from +1800 to +2500) is all about quarterback drama. Their odds reached upwards of +3000 back when it seemed like there was a chance Russell Wilson might actually leave the team. But he is not going anywhere (or so it seems).

With the potential the Ravens offense has, it is not shocking that they are considered contenders. They have improved the offense by acquiring two wide receivers, Rashod Bateman (via the draft) and Sammy Watkins (via free agency). But with a couple of key losses on defense, their odds have slipped a little, from +1200 to +1400.

How To Bet On The Super Bowl Online

With more and more states legalizing sports betting, betting on the big game is becoming increasingly easier. Provided that you live in a state that offers legal online sportsbooks, you can simply create an account before the game, deposit money, and place a bet.

In addition to future bets, sportsbooks offer a variety of different bets for the Super Bowl. You will find prop bets ranging from who will score first, what the coin toss outcome will be, and much more. In addition, you can place wagers on traditional sports bet types such as the moneyline, point spread, and the over/under.

Some of the most popular online sportsbooks in Virginia that offer Super Bowl odds include DraftKings, FanDuel, BetRivers, and BetMGM.

Signing up for a sportsbook is as easy as creating an online account at an e-commerce store. Most major online sportsbooks offer a free welcome bonus to new players, which will help you get started oftentimes risk-free. Below are the new player bonuses for a few of the top online sportsbooks.

New players at FanDuel can claim up to a $1,000 free bet. Meaning FandDuel will reimburse you if you lose your first bet (max $1,000).

The sportsbook welcome bonus at BetMGM is a deposit match bonus of up to $600. In other words, BetMGM will match your deposit dollar-for-dollar provided that it is $600 or less.

Yes, it is safe to bet on the Super Bowl online provided you do so via a licensed sportsbook and not an offshore sportsbook. 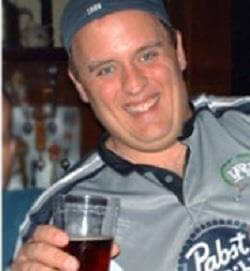 Travis Pulver is a lifelong football fan, something he says comes naturally having been born in the football-crazy state of Texas. Through the years, his love of sports has extended into baseball, basketball, golf, and rugby. Life currently finds him in Indiana with his wife and two kids.
Copyright © 2021 . All rights reserved. About Us / Contact | Privacy Policy | VA Sports Betting Revenue