Virginia sports betting originally looked slated to include a total of 12 licenses. But due to a legal hiccup, the state’s regulations counted Virginia’s five upcoming casino licenses against that 12 license maximum.

Now, Virginia sports betting law is abundantly clear on which licenses count toward the state’s maximum. Here’s the exact language: “…a permit issued to a casino operator shall not count toward the maximum of 12 permits that the Director of the Lottery can issue.”

Another crucial note: licenses granted via sports franchises (FanDuel and the Washington Football Team, for example) also don’t count against the maximum.

This means the state’s five authorized casinos in the following Virginia cities:

The Virginia Lottery is notoriously hush-hush when it comes to licensing news. The organization approves licenses with little-to-no-notice. But the current roster of license-holders does shed some light on how many might remain now that the maximum number has increased.

It’s safe to expect more major sports betting companies to join the fray here, too. PointsBet is notably absent, but it’s likely the Australia-native operator will jump into Virginia given the increasingly competitive market.

theScore Bet is another one to watch for. The company just made a deal with Caesars for market access in Illinois on the heels of an IPO. 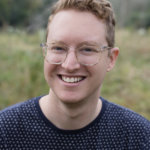 Cole Rush is a Chicago-based freelance writer in the gambling, media, and entertainment space. His work has been showcased in various gaming industry magazines and online columns.
Copyright © 2022 . All rights reserved. About Us / Contact | Privacy Policy | VA Sports Betting Revenue