The Washington Football Team (1-2 SU, 0-3 ATS) heads into Week 4 with their sights set on evening their record. They’ll face off against the Atlanta Falcons (1-2 SU, 1-2 ATS), who have plans on doing the same.

Pundits expected the Falcons to struggle in 2021 — they’re embarking on a rebuild with a new coaching staff. That wasn’t the case for the Football Team. Early predictions of Washington challenging for the NFC crown are not aging well at the moment.

With totals opening as high as 49, online sportsbooks are painting the picture of a relatively high-scoring affair. We’ll touch more on this later.

Stumbling Out Of The Gate

The Washington Football Team was a chic pick to contend for the NFC crown. Upgrading the quarterback position and pairing it with a dominant defense was supposed to lift Washington into legitimate contention.

“This team is a work in progress, OK? By no means did we arrive after last season and that’s the thing we all have to understand. We’re not going to show up and be who we were last year. We have to continue to work, continue to grow. We got to understand that we have to play disciplined football.”

Many consider the defense the most disappointing piece of the season after they dominated opponents in 2020. There’s not much excuse for surrendering 29 points to the New York Giants. However, they only gave up 20 points to the Los Angeles Chargers, and struggling against the Buffalo Bills is to be expected.

If there’s a matchup for the Football Team to unleash their ferocious front line, it’s against the Falcons.

Matt Ryan has “only” been sacked seven times, but the Falcons have attempted the 10th most passes in the league. There will be plenty of opportunities for Chase Young and Co. to pin their ears back and rush the passer. And unlike the first three quarterbacks on Washington’s schedule, Matt Ryan will be a statue in the pocket.

The Falcons have not only run the ball infrequently — 66 carries is the sixth fewest in the league — but inefficiently. They’re averaging 3.8 yards per carry as a team and lead back Mike Davis isn’t going to instill fear in opposing coordinators.

All it will take is one dominant performance to get fans and bettors hopping back on the Football Team’s bandwagon.

Sportsbooks opened with a variety of lines. Spreads were short across the board, but some shops listed the Football Team as dogs, some as favorites, and others as a pick.

As of Tuesday morning, most shops have moved the Football Team to favorites. Online books including FanDuel Sportsbook, DraftKings Sportsbook, and WynnBet are dealing WAS -1.5. Bettors should poke around for WAS -1 or even WAS +1 before submitting any wagers though.

The Football Team has gone OVER in two games and the Falcons have stayed UNDER in two games. If you believe Washington’s defense can sink their teeth into the Falcons this week, points could be at a premium. Atlanta’s defense is far from a dominant force, but Washington isn’t going to ask Taylor Heinicke to air it out.

For those expecting a relatively low-scoring game and leaning UNDER, FanDuel had the total listed at 48.5 at the time of publish. 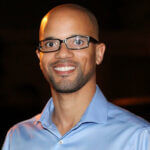 Craig Williams is a Charlotte-based sportswriter who has worked professionally in the gaming, fantasy, and sports business industries. He’s an avid fantasy football player, managing over 100 leagues across multiple formats. When he’s not pouring over Vegas odds and statistics, he’s indulging in soccer and enjoys anything from LigaMX to Champions League.
Copyright © 2023 . All rights reserved. About Us / Contact | Privacy Policy | VA Sports Betting Revenue